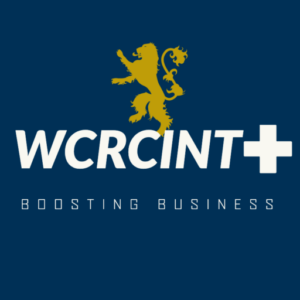 Asia’s Most Promising Brand 2014, Ambuja Cement was born in 1986 in Kodinar, a small coastal town in Gujarat, with an installed capacity of 0.7 Million tons. Ambuja Cement was the first cement company in India to have pioneered bulk movement of cement by sea. Today, the name Ambuja has a great recall value for its consumers when they require cement; and that in itself tells a story of how successful the brand has become.

Faith Factor
The Indian cement market was and is unique. Unlike in other countries, here cement isn’t purely a business to business affair. The main consumption is in housing and almost 50% to 60% of the market is retail, with homeowners using cement for constructing new houses, or for renovating and repairing existing ones. The company found itself ideally suited to build a brand. It offered a product of consistent and higher quality than the markets were used to. The branding was distinct and featured prominently on the bags. The result was Ambuja Cement, a brand that commands a leadership position in all its major markets

ENGAGEMENT THAT ENTHRALLS
Ambuja uses state of the art technology to produce consistent quality of cement from diverse raw materials available in different regions where its factories are located. This capability has helped in building customer’s confidence. With this focus on the strength of the structure The customer gets guidance on various aspects of building the house – from design to supervision and materials testing. The brand disseminates information on these aspects through advertisements and guidance camps even in small towns and local haats (bazaars).

INNOVEDGE
To compete with the older, established players who had already written off their plant cost, it was important for the brand to have the lowest capital cost per ton of cement. Plants would have to be set up in record time. Capacity utilization would have to be above 100% and power consumption would have to be a record low. Given these constrains, empowerment was not just a fashionable term; it was the only way to achieve goals. If costs had to be controlled, it seemed absurd for engineers to check back with their seniors for every little decision.

BRAND PROMISE
Operating for over 25 years, Ambuja has proved to be the best cement for construction and the best cement manufacturing company in India with its uniquely sustainable development projects. Its environment friendly initiatives have played a key role in India’s efforts to become a green state. The sustainable constructions and renewable energy projects undertaken by it have a lion’s share in creating a blueprint for sustainable development in India’s bright future

Power Facts
Ambuja Cement was born in 1986 in Kodinar, a small coastal town in Gujarat.
 Ambuja Cement was the first cement company in India to have pioneered bulk movement of cement by sea.

PROMISE BEACON
It is a brand that commands a leadership position in all its major markets.
Ambuja Cement has been consistently producing cement of international standards and have bagged the prestigious CAPEXIL Award for Highest Exporter of Cement & Clinker for 12 consecutive years.