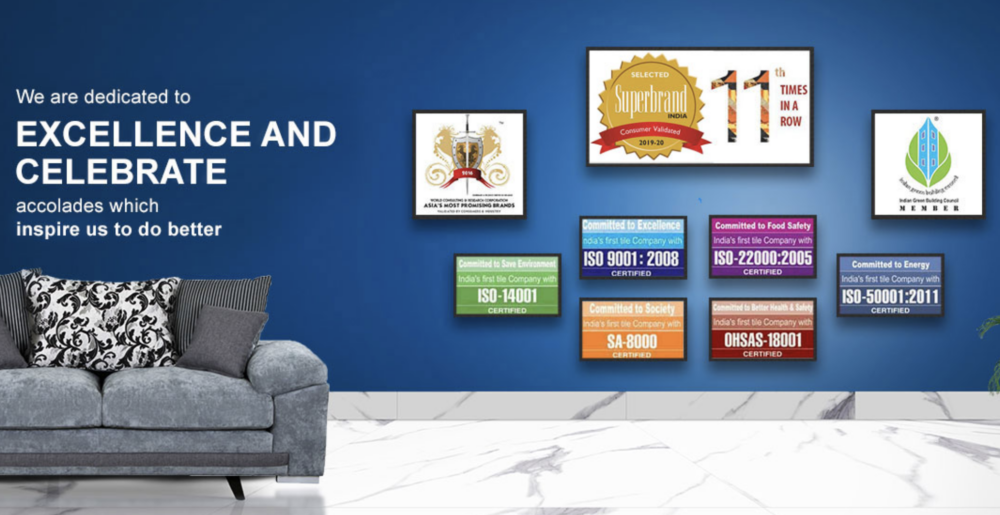 Almost too quietly, India has evolved into the third largest tile market in the world. This drive was accomplished by macroeconomics and seriously influential companies such as Kajaria. Indeed, from an unpretentious beginning when it started 28 years ago, Kajaria has grown rapidly and today straddles the Indian tile firmament like a colossus. Its 11 state-of-the-art plants churn out a massive range of tiles each year, matching step for step developments in international markets. Discipline, integrity and rectitude, these are just some of the words that define Ashok Kajaria, founder of Kajaria Ceramics. He has brought and assimilated these personal virtues into his company and ensured that they are imbibed at every level of the organisation. With an engineering degree from the University of California, Los Angeles, he founded a company that would go on to become one of the most respected brands in the country and change the very foundations of the tile industry. The first manufacturing plant was set up in Sikandarabad, Uttar Pradesh, in 1988, with an initial capacity of one million square metre. One of Ashok Kajaria’s firmest beliefs is that ‘to fulfil a need, people buy products most easily accessible to them, choosing high-quality merchandise over suspect products’. With this idea as his guidepost, he embarked on a mission to create a globally recognised brand. From the very beginning, his company was steeped in uprightness delivering both quality and dependability. It is on these sound principles that Kajaria was founded. Today, it is by far the country’s largest manufacturer of ceramic and vitrified tiles. Kajaria, the leader by far in the ceramic tile industry in India has always been ahead of the innovation curve. Its product offerings have often been the measure of tomorrow’s markets and almost always the trend setters. Kajaria is the first Indian tile manufacturer to receive an ISO: 9001 accreditation. Kajaria is also the world’s most certified tile company. It is also ranked 184th amongst the most valuable companies in India’s list of the top 500 organisations with over 2000 designs in its portfolio. 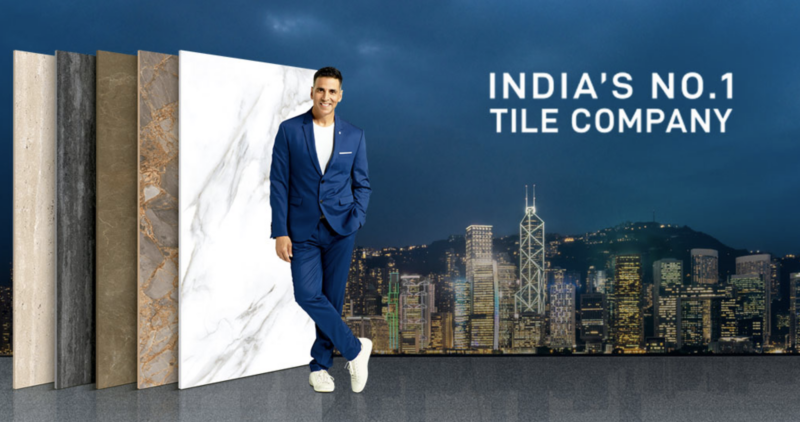 In order to maintain its leadership position, the company participates aggressively in various trade exhibitions to imbibe the customers’ needs and perspective for further development. Kajaria has launched several exclusive showrooms: Kajaria Galaxy, Kajaria World, Kajaria Star, Kajaria Studio and Kajaria Prima that exhibit 360-degree product portfolios and give customers a first-hand experience of the product. Kajaria makes extensive use of television as a medium to connect with its target audience. It launched its new brand campaign ‘Desh Ki Mitti Se Bani Tile Se, Desh Ko Banate Hain’ starring superstar Akshay Kumar. And to further promote the campaign they took to print, digital, airport signages and other mediums to spread the word. Kajarias’ most valued relationship is with its customers. It has and will always provide its customers and stakeholders products and services that surpass their expectations, even when it comes to communication. With their latest brand campaign Kajaria is not just making a statement but strengthening its association with ‘Make in India’. For its stakeholders, Kajaria stands for excellence, diversity, availability, affordability and other relevant attributes synonymous with the pride of ownership. Power FACTS Kajaria is India’s largest manufacturer of  ceramic and vitrified tiles. It has also been ranked as the world’s 9th largest tile company. Its’ tiles are exported to more than 30 countries. It operates 11 state-of-the-art plants in India. In India, digital glazed vitrified tiles were first introduced by Kajaria. It forayed into Sanitaryware and Faucets under the brand name – Kerovit.
Share on Facebook Share on twitter 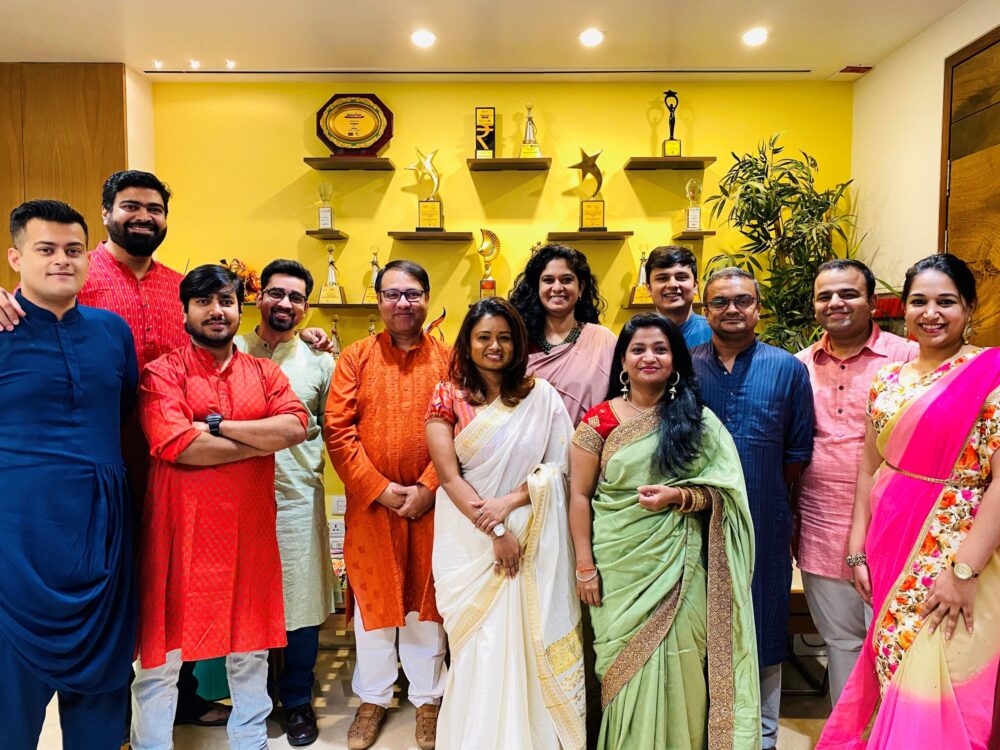 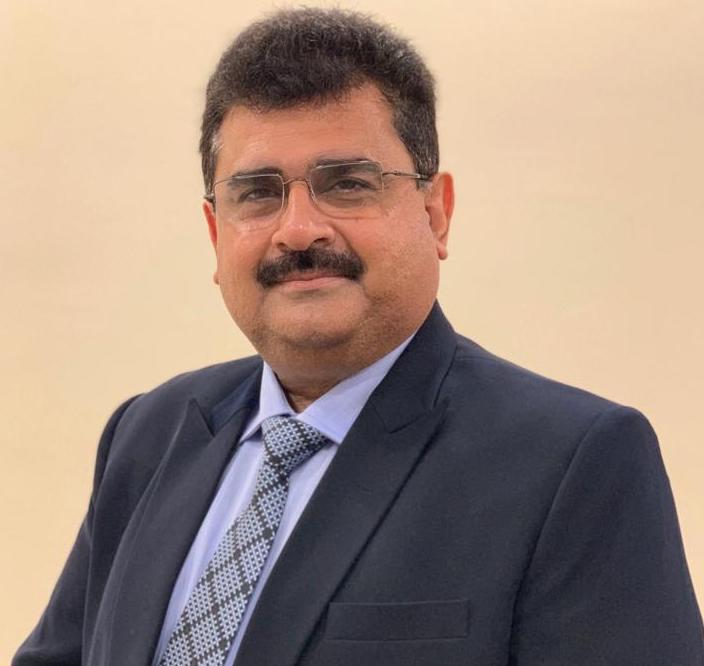 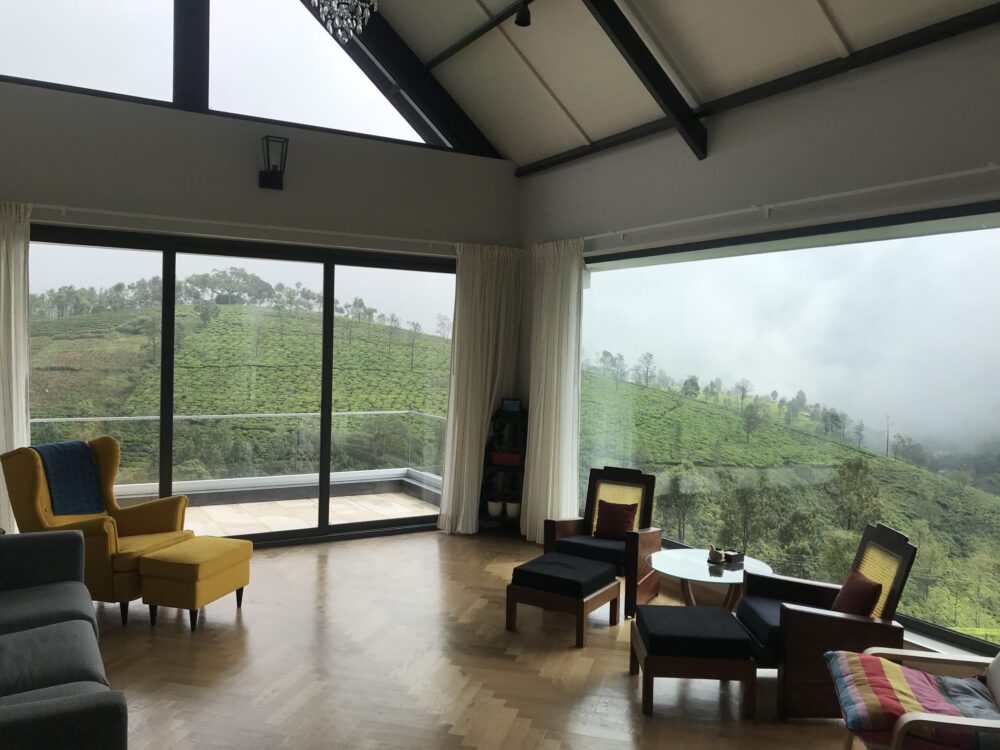